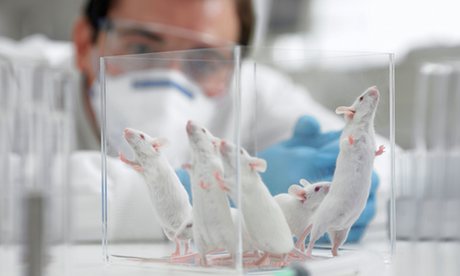 Animal’s are used to test a variety of products, from cosmetics to drugs. Without animals, testing these products would be a lot more time-consuming, expensive, and ethically unsound for companies. Despite the questionable treatment of animals involved, animal testing is extremely important in current society, and should remain in place.

Animal testing is extremely important not only for consumer goods, but also for research. Much progress has been made in various fields because scientists were able to test hypotheses and conduct experiments on animals. Breakthroughs in stem-cell research, sleep, stress, and other scientific discoveries were made possible simply because scientists were able to observe the resulting behaviors of mice and other animals to different conditions.

In addition, animal testing is not as harmful to the subject animal as some would suggest. Though animals do undergo stress, in proper trials, caretakers are trained to identify signs of pain in animals, and provide appropriate relief. Generally, testing administered by trained organizations and professionals keeps animals in an environment as stress-free as possible. In fact, the US government has passed countless regulations which require certain standards to be upheld in animal testing facilities.

Without animal testing, many of the products and medical discoveries today would not have been possible. Animal testing is an integral part of product development and scientific experimentation. Despite the controversy surrounding the supposed mistreatment of animal test subjects, animal testing is not as bad as it seems.