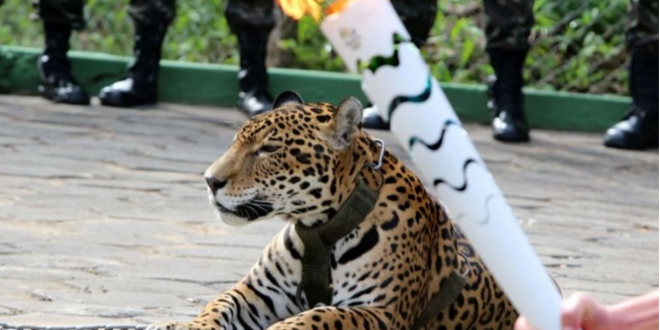 Animal Cruelty During the Olympics… 2016 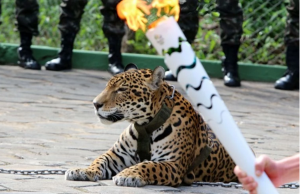 Although the highly anticipated 2016 Rio Summer Olympics has just started, it has already began to inflict damage on its surrounding environment.

During the 1900 Olympic Games, live pigeon shooting was an accepted event. In 2014, Russia was criticized for driving away stray dogs. This year in Brazil, a jaguar on display for the torch ceremony was shot dead.

The jaguar, named Juma, allegedly approached a soldier—despite being tranquilized—and was shot dead. As a result, people all over the globe have voiced their grievances regarding having the jaguar chained up and exhibited for the Olympics.

“We made a mistake in permitting the Olympic torch, a symbol of peace and unity, to be exhibited alongside a chained wild animal,” the organizing committee Rio 2016 declared in a statement. “This image goes against our beliefs and our values. We guarantee that there will be no more such incidents at Rio 2016.”

However, the incident continues to look more grim for the organizing committee. According to an investigation being conducted by Ipaam, the Amazonas’s state government environmental sector that supervises the use of wild animals, the display of Juma may have been downright illegal as there were no records of proper permits.

Conservationists as well as the general public hope that this incident will serve as a brutal reminder of the unnecessary stress humans put on wildlife and its gruesome consequences.

Cindy is senior at Henry M. Gunn High School and is incredibly honored to be a part of the Rising Star Magazine team. She enjoys belting out Disney songs, playing piano, watching Chinese dramas, and babysitting. Cindy serves as California DECA's VP of Silicon Valley and is also the singing teacher at FCSN and the President of HEARTS Nonprofit. She can be contacted at cindy@risingstarmagazine.com
Previous Think Before You Flush!
Next Legos: The World of Imagination