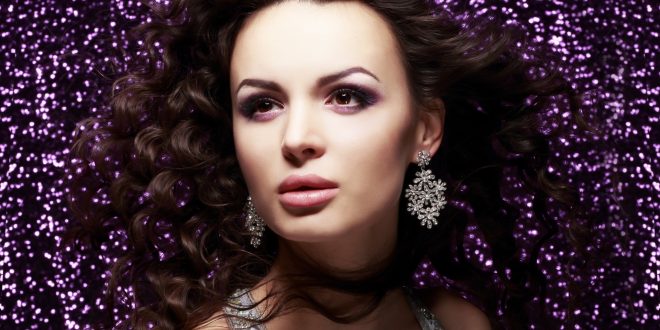 Sitting bewildered in my sixth grade class, my jaw dropped wide open as I viewed the events before me unfold. As part of our health unit, we were studying physical appearance and the resulting effects of bias––what is called “lookism”. My teacher casually clicked through slides of human faces: old ladies with wrinkled faces, young teens boasting sharp jawlines, and people with blemishes from unfortunate accidents. To teach us about stereotyping, our class was instructed to rate each face based on attractiveness on a numerical scale of 1-10. Slide after slide, students from all over the classroom yelled out different numbers, twinkling eyes fixated on the screen, enthusiastic and shouting, nearly leaping out of their chairs. Shocked at their behavior, my friend and I stared at each other, nearly heartbroken by what seemed like horrifying circumstances. Our teacher glanced briefly at us, and I couldn’t help but blurt out: “Why are we doing this? It’s not nice to judge people.” She shrugged nonchalantly. “Sure, but everyone still does it, whether or not you say it out loud.”

I fell back in my chair, processing what my teacher had just said. The images on the slide flashed before me, and numbers subsequently blinked in my head. That crippled man? Eh, he’s a 2. Oh, her? Maybe just barely a 5. That young lady with the perfect complexion? Damn, she has to be a 9. My brain swarmed with these newly formed thoughts, and I realized that my teacher was right. No matter how wrong labeling is, no matter how much personality should be valued above looks, we still judge and we still label. I can treat the girl with the disorder and the boy with the fancy hair the same way, but I cannot force myself to believe they are equally as “attractive”. Motivational quotes and posts can urge that “everyone is beautiful”, and we can say it and we can want to believe it, but it is impossible to take our implicit judgement away. We will still believe that someone is more attractive than another, no matter how much we want to ignore those physical characteristics. At that moment, I realized, it’s unavoidable human nature to judge. And human nature can be extraordinarily damaging.

Lookism is real. Most people are inclined to believe that being more attractive can increase one’s success in life. Their claims aren’t completely baseless––all other factors equal, attractive individuals are statistically proven to make more money, perform better academically, and are convicted at lower rates. Likely as a result, losing weight consistently sits at the top of Americans’ New Year’s resolutions (Talley). Discrimination based on physical appearance is problematic because one’s body is often determined by genes rather than behavior, yet appearance still influences how other people view someone. Consequently, a multitude of organizations have committed to solving or mitigating the negative impacts, especially in the age of tabloids boasting ways to slim a waistline or clear a dotted face. Photoshop and excessive makeup are traditionally used to enhance appearance in ads, and nonprofits and movements promoting acceptance have pounced on them, heavily criticizing the use of edited images that promote unreasonable stereotypes. In fact, we are now in the age of reform and awareness, rather than still stuck in the age of unattainable body types and appearances.

Unfortunately, lookism is now institutionalized. Today, we are exposed to campaigns that promote diversity and acceptance as the majority attempts to break stereotypes. However, these efforts have a long way to go. Advertisements that display a variety of skin types and anomalies press the idea that “everyone is beautiful,” yet the average American cannot help but still believe that those models are less attractive than the traditional Barbie-doll style models. In fact, the mere existence of makeup implies that people need to cover themselves up and mold to society’s stereotypes and expectations, or that doing so will increase confidence in society. Our day to day compliments on others’ outfits and hair only further reinforce the ideal that being “beautiful” to a specific societal standard is appreciated and that it is preferable to fill that mold rather than not to. As a result, many efforts to thwart lookism have marginal effects. Often, they can be counterproductive, presenting first an example of the theoretically perfect body and comparing it with the average human body. By labeling a certain body types as “attractive” and “unattractive,” these ads only cement the idea that stereotypes exist. (This is similar to the situation where encouraging kids to “not do drugs” only made them believe it was normal to do so). Instead, we must look to solve the situation in a positive light. Everyone is different, and a “standard beautiful” is an unrealistic expectation from society.

Of course, all of this is much easier said than done. It all returns to that fateful day in sixth grade, when I realized just wanting to believe that all kinds of people are “attractive” simply contradicted human nature. Our first impression of someone is almost inevitably based on their appearance. The only practical way to minimize the negative effects of this implicit judgement is by accepting differences, recognizing bias and working to fix it, rather than pushing the difficult idea that “everyone is attractive”.

Talley, Heather Laine. “The Ugly Side of Lookism and What We Can Do About It.” The Huffington Post, TheHuffingtonPost.com, 22 Jan. 2017, www.huffingtonpost.com/heather-laine-talley/the-ugly-side-of-lookism_b_9042114.html.

Previous A Wedding Gift From the Queen: A Ghost Castle
Next The E.U.’s New Privacy Law