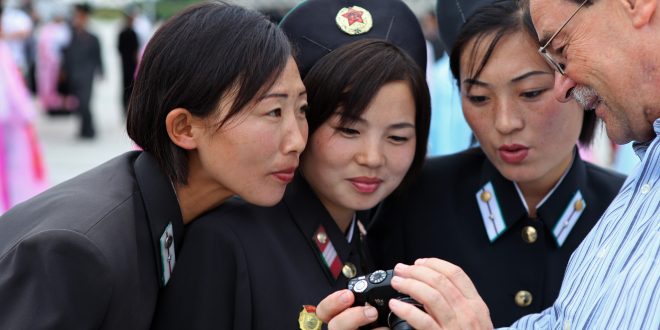 U.S. President Donald Trump has had a long history with North Korean dictator Kim Jong Un. Beginning with the constant rivalry and angry tweets, the love-hate relationship somehow birthed a peaceful meeting in June at the demilitarized zone in Korea. However, this seemingly positive development achieved no productive ends, and negotiations afterwards seemed to have dwindled since. This includes the first summit between the two leaders held in Singapore, where a vague agreement was reached but no concrete steps were agreed upon. That has led to the current predicament.

On Saturday, October 5th, talks were held between the two countries once again in an attempt to take steps forward in denuclearization. However, North Korea’s top negotiator reported that the talks have “have not fulfilled our expectation and finally broke off.” This isn’t terribly surprising, considering past negotiations have been repeatedly ineffective.

Despite the apparent outcome, however, US officials stated that “The U.S. brought creative ideas and had good discussions with its DPRK [North Korea] counterparts,” in an apparent contradiction with North Korea’s determination that the talks had failed. The US State Department seems to have attempted to cover up the reality of the situation, pushing that discussions were productive.

This series of events shows that the US government is largely misguided in its pursuit of concessions from North Korea. Beginning with harsh disagreement with North Korea, leaders of the two countries hurled insults at each other, seeming as if the US was taking a hardline position against the country and pushing hard for concessions. Soon, however, the situation spiraled into a state of apparent peace. Although this can be seen as a positive development, the denial of US officials that the talks had been unproductive create suspicion that the government is only trying to create the perception that it is actively taking steps forward in North Korea. It wants its hardline stance to signal its aggressiveness and dedication in pursuing denuclearization; similarly, it states that negotiations have gone smoothly to assure the public that concessions have been made. However, for the threat to legitimately subside, the government must be truthful about the circumstances and take tangible steps to solve the issue.