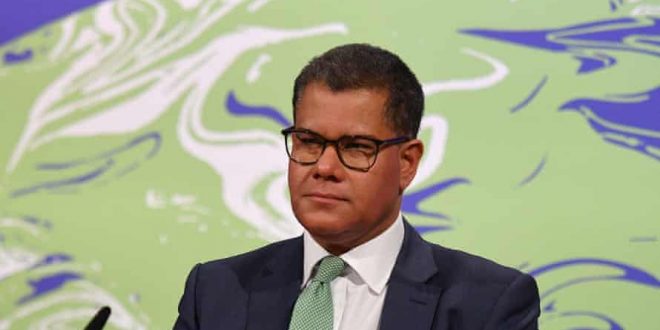 According to Alok Sharma, the UK government’s climate head, the world is dangerously close to running out of time to avoid a climate change catastrophe.

Floods, fires, and heatwaves are just examples, according to Mr. Sharma, who is organizing COP26, the climate summit hosted by the United Kingdom this year.

He did not, however, criticize the administration for approving new fossil-fuel projects.

He also justified his plan to visit almost 30 nations in less than seven months.

Mr. Sharma’s interview with the Observer comes ahead of the United Nations’ climate change researchers releasing a significant study on Monday.

The study is expected to be the most forceful yet from the UN panel on climate change science, and it will likely outline how the world’s oceans, ice caps, and land will alter in the coming decades.

The summary was agreed in a process including scientists and representatives from 195 governments, who will be under pressure to take greater action at COP26 in November after signing off on the results.

Greenpeace UK’s top scientist, Doug Parr, stated that global leaders have not listened to climate change warnings. He says this must not happen this year. He emphasizes that we don’t need any more promises, commitments, or goals; we need genuine action right now.

Wildfires are currently spreading in Greece, causing hundreds of people to flee their homes; there are also fires in Turkey and California, in the United States. Western Europe also experienced its worst flooding in decades this summer, with hundreds of people killed.

He continued, ” “We’re witnessing the effects all across the world, whether it’s flooding in the United Kingdom or forest fires in Europe and China, or record temperatures in North America. Every day, a new record will be set in some fashion somewhere around the world.”

Mr. Sharma predicted that the research, which was released on Monday, would be the warning that human behavior is alarmingly speeding global warming.

Mr. Sharma adds that he doesn’t believe that don’t have time, but that we are near to being out of time. The new IPCC will emphasize that we will enter a no-return point unless immediate action is taken.