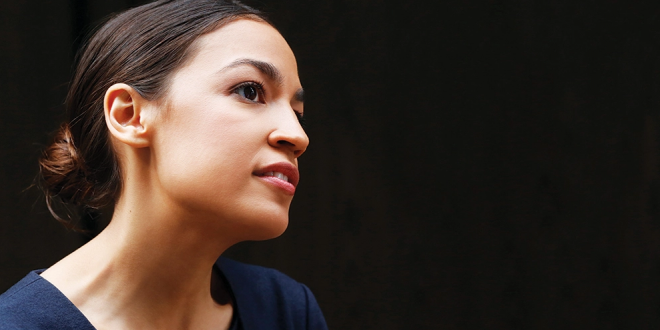 When she takes office in January, Alexandria Ocasio-Cortez, 29, will be the youngest woman to serve in Congress in the history of the United States. That distinction was previously held by New York Republican Elise Stefanik, who was elected at age 30 in 2014.

Ocasio-Cortez was born on October 13, 1989. She is an American politician and educator, and now U.S. Representative-elect for New York’s 14th congressional district.

On June 26, 2018, Ocasio-Cortez won the Democratic primary in her congressional district, defeating incumbent Joe Crowley in what was described as the biggest upset in the 2018 primaries. —

Before the election, Ocasio-Cortez founded a publishing firm, Brook Avenue Press, which specializes in children’s literature that portrays the Bronx neighborhood in a positive light. She worked as lead educational strategist at GAGEis, Inc. Ocasio-Cortez was also an educator at the nonprofit National Hispanic Institute. She served as the Educational Director of the 2017 Northeast Collegiate World Series, where she participated in a panel on Latinx leadership.

In a recent interview that Ocasio said she has recently met and traded phone calls with several members of the New York Congress delegation. All have been welcoming, and full of advice on how to prepare for Washington.

“It really is like high school orientation,” Ocasio-Cortez said. “It’s like you pick your committees the way you pick your courses. And people ask, like, little logistical things like, ‘where you going to live?’”

No decision there yet, she said. “Honestly, I’ve been so focused on today that I’m not trying to count my chickens before they’re hatched.”

Previous Tangible vs Intangible
Next We Need Change