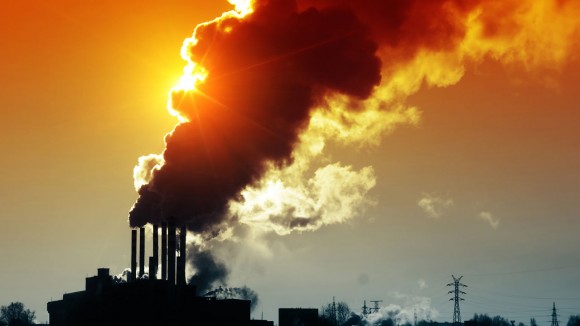 Particulate matter 2.5 (PM2.5) has fine particles less than 2.5 mm in diameter. These particles stay in the air longer because they are smaller and lighter, and thus, there is more of a chance that humans will be exposed to it. Bulgaria, as seen in the graph below, has the highest concentration of PM2.5 out of the ten countries. This is a serious issue, since the concentration is as high as around twenty-six percent. 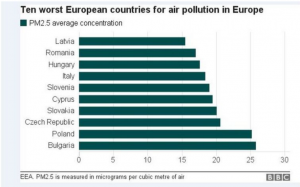 Ground-level ozone is a colourless gas formed when nitrogen dioxide reacts with other pollutants and cooks in the sunlight. Ground-level ozone is hazardous and causes problems including breathing difficulty and eye irritation. When people are exposed to it for too long, the problems can become more serious. This includes colds to anything as serious as respiratory infections. Clearly, air pollution causes a major amount of issues that affect not only the environment, but also us humans.

The fact that air pollution causes premature deaths and very serious health conditions proves how prominent the issue is. However, there are many actions that we can take to reduce air pollution. This can include anything from as simple as turning off the lights to save energy to anything more serious such as becoming an advocate around your city for reducing air pollution.

Cindy is senior at Henry M. Gunn High School and is incredibly honored to be a part of the Rising Star Magazine team. She enjoys belting out Disney songs, playing piano, watching Chinese dramas, and babysitting. Cindy serves as California DECA's VP of Silicon Valley and is also the singing teacher at FCSN and the President of HEARTS Nonprofit. She can be contacted at cindy@risingstarmagazine.com
Previous French Fries
Next Scenery along the Cabrillo Highway