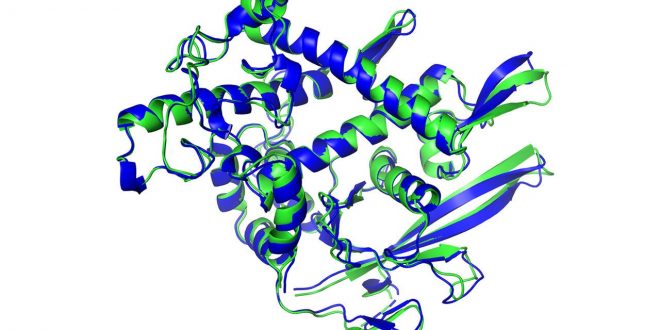 DeepMind Technologies is an artificial intelligence company based in London, with research centers in Europe and the US. In 2015, it became a wholly-owned subsidiary of Alphabet Inc, Google’s parent company.

Ever since the beginning, the company’s goal was “to solve intelligence and advance scientific discovery for all”.

The problem of accurate 3D protein-structure prediction has existed for centuries. Due to its broad prospect, countless scientists have tried to estimate a given protein’s 3D structure based on its gene sequence, but none of the formulas or theories have worked.

However, at the end of last year, Google’s AI firm DeepMind debuted an algorithm called AlphaFold, which combined two techniques that were emerging in the field and beat established contenders in a competition on the protein-structure prediction by a surprising margin. In April this year, a US researcher revealed an algorithm that uses a different approach. He claims his AI is up to one million times faster at predicting structures than DeepMind’s, although probably not as accurate in all situations.

More broadly, biologists are wondering how else deep learning — the AI technique used by both approaches — might be applied to the prediction of protein arrangements, which ultimately dictate a protein’s function. These approaches are cheaper and faster than existing lab techniques such as X-ray crystallography, and the knowledge could help researchers to better understand diseases and design drugs.

Although computational predictions aren’t yet 100% accurate, and not widely used in drug design, the increasing accuracy allows for other applications, such as understanding how a mutated protein contributes to disease or knowing which part of a protein to turn into a vaccine for immunotherapy. Hutson, Matthew. “AI Protein-Folding Algorithms Solve Structures Faster than Ever.” Nature News, Nature Publishing Group, 22 July 2019, www.nature.com/articles/d41586-019-01357-6.