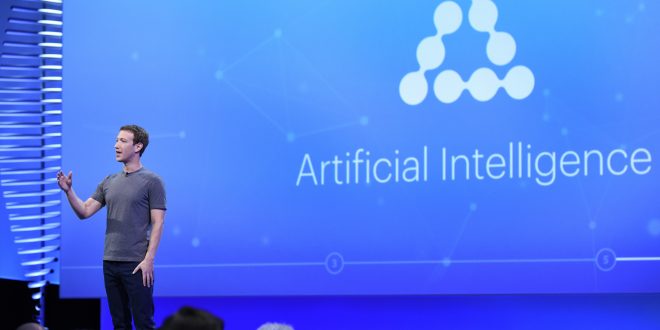 Mark Zuckerberg, founder and chief executive officer of Facebook Inc., speaks during the Facebook F8 Developers Conference in San Francisco, California, U.S., on Tuesday, April 12, 2016. Zuckerberg outlined a 10-year plan to alter the way people interact with each other and the brands that keep advertising dollars rolling at the world's largest social network. Photographer: Michael Short/Bloomberg via Getty Images

Facebook has recently shut down an AI that had invented its own language. Rumors have spread that Facebook was afraid that they had created something like Skynet from the Terminator franchise. But we need not worry just yet.

Facebook built two chatbots that not only learned to talk to each other but also invented a new language to communicate in a more efficient manner. As opposed to information spread by paranoid discussions on the internet, the robots were not discussing how to take over the world, but rather how to split an array of items. Furthermore, it turns out that the new language invented was just shorthand of an already existing language and not at all a secret language. Facebook did not shut down the project because they were afraid of the robots’ AI; instead, they merely wanted to shift focus from robots that talked to each other to robots that communicated with people.

Previous Should you worry about your job being replaced by the rising AI? (Part II)
Next Six-Year-Old Saves Drowning Cousins