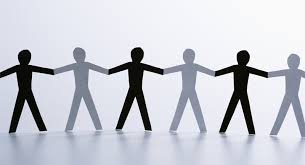 Affirmative Action is a bill that, supposedly, would help colleges and workplaces treat minorities more fairly, and give minorities an equal shot to success. In practice, though, affirmative action helps certain minorities, while harming and excluding certain others.

Most prominently, Affirmative Action excludes those who belong to races which are overrepresented in colleges/workplaces. For example, an Asian high school student would need to far outperform those of other races to be given an equal chance of acceptance by college admissions officers. This is because Asians are overrepresented in many colleges, meaning colleges are less likely to want to accept Asian students, even if they are more than qualified for acceptance. Thus, rather than Affirmative Action, it would be best if colleges would look at applications without seeing ethnicity or race, allowing all to be judged under the same standards.

Although Affirmative Action has helped many minorities who would otherwise be discriminated against, it harms colleges’ ability to judge and accept applicants fairly, and under the same circumstances.

Previous Winter Break: The Reality
Next The Massive Moving of our Milky Way