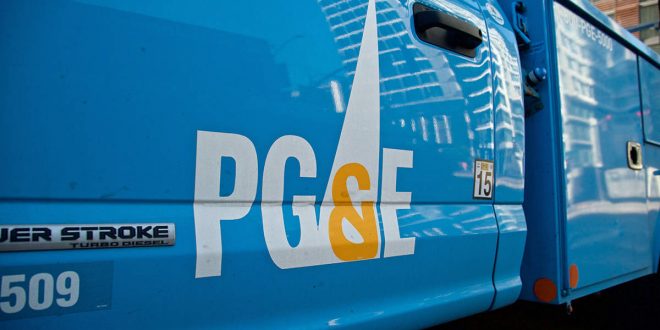 The raging wildfires throughout California recently have caused power cuts for over 278,000 people, and if they are not contained soon, may affect even more people. Although the California wildfires may seem like they have been popping up only in the past few years, wildfires like these are actually part of the natural seasonal cycle. However, these fires have been getting worse in the past few years and are slowly burning more frequently and intensely. It was only this year that these started threatening the power supply for most of the state. The conditions were extremely windy and dry, and even a small spark from the millions of miles of power lines could easily spark an uncontrollable wildfire that could cause billions of dollars in damage and threaten the lives of many. This led to the decision to shut down power through certain areas to decrease the wildfire risk.

As wildfires continue to get worse, power companies, specifically PG&E cannot continues by shutting down power lines, which are necessary for residents to continue on with their daily lives, and necessary functions such as internet for communication and hospital equipment to help those who are injured. A long term solution is needed to prevent the threat of wildfire from power supply equipment. Burying the supply lines is a possible alternative, but experts warn of its high cost. “Putting lines underground is a great solution. It’s also very pricey,” says Alexandra von Meier of the University of California, Berkeley. “Instead of a million dollars a mile, you’re looking at 10 million dollars.

Another solution would be microgrids, which can function independently even if the power in the area is shut off by PG&E. This method will almost be as costly and laborious to implement as burying power lines, but this would also be beneficial for other future events that may cause a general shutdown of the power grid. Currently placing sensors on power lines is the most viable alternative, although it can only be at most a temporary replacement due to the fact that they can only detect fires after they have started. Power shutdowns during fire season will be likely to continue for the next few years. Scientists or engineers will hopefully be able to develop some method of preventing power lines from sparking wildfires and return power to the affected residents.