Home / News / A Wedding Gift From the Queen: A Ghost Castle 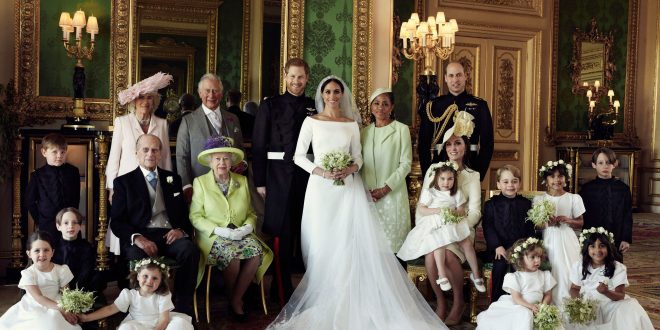 A Wedding Gift From the Queen: A Ghost Castle

Prince Harry and Meghan Markle exchanged their vows, and officially married on May 19, 2018. Details of their weddings were revealed and reported comprehensively by media, garnering public interest from all around the world. A major discussion regarding the marriage is the bride’s race and origin, which is known as an unidentified inheritance of genes and blood purity. The term, “blue blood”, is commonly used to differentiate the royals with pale skin, from majority of European society and tanned people who work in fields. This phrase, originating from the Spanish phrase “sangre azul”, inadvertently decides the blood priority. As a royal family with long history of racism, bringing non-white blood into the family seems to be overturning tradition. As a result, Prince Harry and Meghan Markle have been inundated with racial threats and backlash from the royal family. Due to her African American decent, the media and general public have severely attacked her on the issue. Some have been sending white powder to symbolize their anger towards Markle’s mixed racial background.

Aside from the criticisms Meghan has received due to her racial background, the gift from the Queen was also highlighted. “The Queen has a habit of giving property. Prince Charles received Birkhall, Prince Andrew received Sunninghill Park and Prince Harry couples recently received York Cottage on the Sandringham Estate in Norfolk. In some way, properties gifted by the Queen reflect the potential attitude from the royal family”.

York Cottage is now a staff office for Sandringham estate; therefore, reconstruction is needed after the wedding to meet the royal standard. “Too large and too full of footmen to be unremarkable in Surbiton or Upper Norwood, York Cottage in its own context is a monument to the eccentricity of the family who lived there,” Lady Donaldson wrote of the cottage. A former sailor, the Queen’s grandfather George V., had lived there for 33 years with Queen Mary and royal children. He commented that the tiny rooms of the cottage reminded him of the sailing life.

Furthermore, York Cottage is suspected to be a haunted house, at least in the memory of Prince Albert Victor Christian Edward––better known to the public as Eddy. Eddy was the elder brother of George V.. He was characterized as living a pleasure-seeking and often immoral way of life. He was involved in Cleveland Street Scandal––a homosexual male brothel that was discovered by police. At that time, homosexuality was illegal in Britain. Nevertheless, Eddy was reported to have been with many lovers but ended up never settling. He lived a short life, passing away just about a week after his 28th birthday without ever claiming the throne. His corpse was found in York Cottage.

“His dressing-table with his watch, his brushes and combs and everything. His bed covered with a Union Jack in silk, and his photos and clothes in a glass cupboard.” Interestingly, after Eddy’s death, his family moved out of the house but left the interior untouched. George V. then moved into the house with his spouse, Queen Mary. Queen Mary believed the presence of Eddy’s ghost, and always felt insecure and uncomfortable. After George and Queen Mary moved out, no other royal family member has lived there since.

As any topic related to the two young couple, the mysterious history of the house nevertheless sets a stone to the newly married couple. Some wonder what message the Queen attempted to convey to Prince Harry and Meghan Markle. But like most rumors originating from the royal family, the public can only keep wondering.

Previous Helping Kids Get a Head Start
Next An Unavoidable Bias