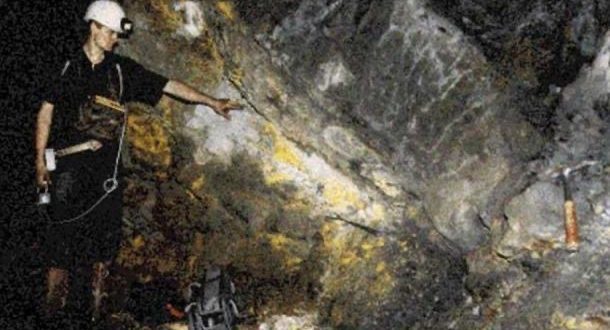 We often get chances to see that in sci-fi movies or TV series, prehistoric civilizations existed. Putting the entertainment setting aside, a lot of pieces of evidence seem to be supporting this hypothesis.

In 1972, a French factory imported uranium ore from Oklo, in Africa’s Gabon Republic. The uranium had already been extracted. They found the site of origin to have apparently functioned as a large-scale nuclear reactor that came into being 1.8 billion years ago and was in operation for some 500,000 years. Dr. Glenn T. Seaborg, former head of the United States Atomic Energy Commission, and Nobel Prize winner for his work in the synthesis of heavy elements, explained why he believes it wasn’t a natural phenomenon, and thus must be a man-made nuclear reactor. For uranium to “burn” in a reaction, very precise conditions are needed. The water must be extremely pure, for one. Much purer than exists naturally. The material U-235 is necessary for nuclear fission to occur. It is one of the isotopes found naturally in uranium. Several specialists in reactor engineering have said they believe the uranium in Oklo could not have been rich enough in U-235 for a reaction to take place naturally.

Some scientists hypothetically suggest that long before ancient Mesopotamia, Babylonia and Egypt, there existed an even more glorious civilization. One so thoroughly wiped out by a comet strike around 12,000 years ago that nearly all evidence of its existence vanished. Is it true? No one knows for sure, but there are reasons to be skeptical.

First, no matter how devastating an extraterrestrial impact might be, are we to believe that after centuries of flourishing every last tool, potsherd, written work, technological and metallurgic advancement, and article of clothing presumably from an advanced civilization was erased? Very hard to believe.

Second, lack of any impact craters dated to that time period anywhere in the world and wide variation of the radiocarbon dates of the layer of carbon, soot, charcoal, nanodiamonds, microspherules, and iridium, that would have been the result of this catastrophic event, has caused greater doubt. Additionally, although 37 mammal genera went extinct in North America (while most other species survived and flourished), and at the same time 52 mammal genera went extinct in South America, they are presumed to be not caused by the impact. These extinctions, in fact, were timed with human arrival, thereby supporting the more widely accepted overhunting hypothesis.