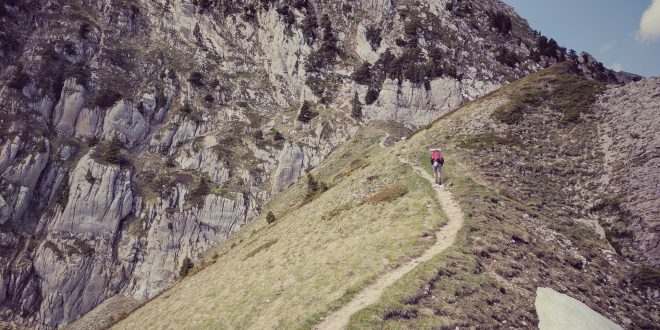 On Saturday, August 20, 2016, 93-year-old Ernie Andrus became the oldest person to complete the coast-to-coast trek across the United States.

3 years ago, on October 7, Andrus started at the Pacific Ocean near San Diego, California, and set out to run 3,000 miles across the country to reach the Atlantic.

Andrus is a World War II veteran, part of the team that brought the LST 325, a naval landing ship used by the Greek and US navies to transport heavy equipment, back from Crete, to the US.

“This shouldn’t be forgotten,” he said. “Eisenhower and Churchill both made a similar remark that it’s the ship that won the war. … Without ‘em how could you … even [take] Normandy?”

Of the 1,050 LSTs constructed during World War II, the LST 325 is the only one that is still functional. In 2014, plans were made to have it brought to Normandy, France, for the D-Day Memorial Service, and then back to the US, but funds were lacking.

Thus, the World War II veteran ran in hopes of raising enough funds to transport the LST 325 to and back from Normandy for the next D-Day Memorial Service, in 2019. He ran to raise awareness, to raise money, to honor history, to give history’s tragedies, victories, heroes, and villains the attention they deserve.

Greeted by waving flags and enthusiastic cheers, Andrus arrived on the coast of St. Simmons, Georgia, a day after his 93rd birthday. By honoring history, he made history.

Previous Basketball 101
Next Paper or Electronic?