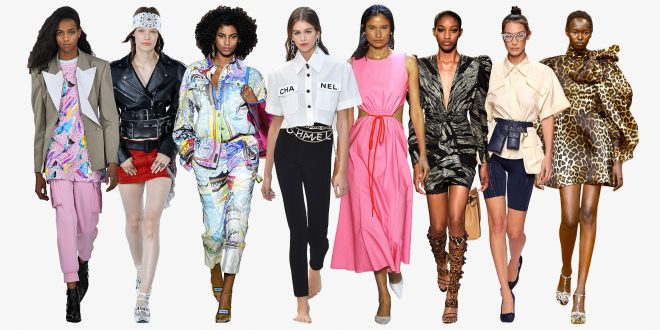 When teenagers now think about clothing in the 80s, I feel like our minds drift to the neons and bright patterns that kids our age were wearing then. The neon trend was so popular because Hollywood was trying to bring back innocence through the use of bright colors. The movies of the 80s were fun and consisted of teenage coming of age rather than the darker things of the 70s. It symbolized a new time and the opportunity for optimism in this decade. In this poster for “Better Off Dead,” you can see the color and mixture of texture in everybody’s outfits. This may be because in the new booming economy, families have more money to be spending less necessities and more things for pleasure. Just like today, how you dressed was a social thing, people wore certain clothes just in order to show that they were with the times and were socially inept as well.

Another change in the fashion scene was the rise of masculine clothing for women. In 1985, 73.4% of women in the US were usually employed full time, according to the US Bureau of Labor Statistics. Women in professional jobs were increasing dramatically, and called for some adjustments to wardrobes. Pant suits became a popular trend, some even incorporating the bright colors, like this one. Shoulder pads made for a broader chest that allowed women to physically seem as if they were competing with men for jobs. Although more feminine styles like skirts and dresses were still worn, they were often paired with a blazer to balance everything out. Large belts would also be used in more casual outfits to still give women figure while making them seem more powerful.