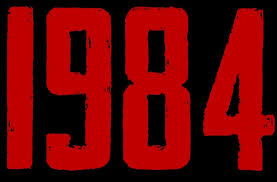 1984 and its Relevancy to Today

Two plus two equals five. This statement is completely false—or is it? Any lie, if spoken enough times and believed by enough people, can be turned into the truth. This principle of truth is explored in Orwell’s famous novel 1984. Originally written as a warning against fascist government, Orwell eerily details a corrupt totalitarian government that manipulates a dystopian society, using violent brainwashing techniques to keep them pacified and ignorant. The presented scene is quite terrifying, but many have begun to realize its striking similarity to today’s society. In fact, sales for 1984 have risen more than five thousand percent in the recent years, especially after the famous story of NSA insider Edward Snowden, who leaked top-secret information about the government to the public, informing the world that the US government is spying on all of its citizens. This news came as a shock to millions and created a worldwide panic that persisted even today. Even though we live in a democratic society, government can still exercise its tyrannical power over us as seen through technology interception, media corruption, and terrorism.

Although technology has made communication more efficient, it has also made it easier for the government to invade our privacy. In 1984, all communication is either heavily regulated by the government or completely severed off. People are not allowed to speak to workers in other departments—of course, violation of these rules are met with nothing less than death. As technology becomes a more prevalent part of business and personal networking, our present-day government strategically takes over Internet servers and cell phone towers in order to spy on its citizens. A more recent technology that can accomplish these goals is named Stingray technology. Stingray technology imitates a cell tower, so when phones connect to it, the operator of the Stingray is able to collect data on anything and everything, from contact information to personal emails and text messages. This information is not filtered out between professional and personal issues; no cellular information is perfectly bulletproof from the Stingray. This new technology has become an effective method of data collection, as the police no longer needs to go through the legal complications of interrogating mobile carriers. Even American laws cannot stop this, for cell service is a public domain. Furthermore, the government is using popular social media to gain personal information as well. While companies like Facebook and Twitter do not share account passwords or personal messages to user information requests, they do give basic information such as email and IP address. Unfortunately, this is still enough for the government to track devices and hack into emails. However, our internet traffic is being monitored, regardless of which social media we use. Many advertising companies track what users search up and what they click on, storing this information so their website can recommend options for their customers. Regardless of its effectiveness, the fact that private businesses, along with our own government, are tracking our online footprints is troubling to many, especially considering how society is depending more and more on the digital world.

Corruption in the media has allowed the government to control our perceptions about the world. Before, journalists’ jobs were to report precise and relevant information to the public. However, in today’s highly competitive society, journalists are willing to cover anything that will get them money. Government interest groups, which are groups that come together to promote a certain cause of idea, often persuade media companies to cover events that work towards that group’s favor. Therefore, news coverage is not geared towards what is actually important; rather, it is tailored to the interest of its constituents. In addition, we are playing right into the hands of the media, preferring to be entertained with television shows rather than paying attention to actual relevant news. Our preference for superficial entertainment is surprisingly similar to the propaganda spread in 1984. Big Brother’s government alters writing in books and news articles to make it seem like life is improving, airing contradictory news that feeds lies to its citizens. While censorship and libel are banned in America, the news can often exaggerate events and include bias, causing us to view events through manipulated lenses. In fact, in 2012, famous news show CNN was caught faking footage of the Syrian war. CNN journalist Amber Lyon wanted to report on how Syrian-US ally Bahrain was abusing human rights. However, the US government pressured her to suppress the investigation, and Bahrain even paid CNN to cover this news event in a positive light. When she pushed to air her investigation in its original form, she was fired. Similar events have occurred all over news media, for our government atmosphere is alarmingly analogous to the propaganda-filled world in 1984.

Real-world examples of terrorism mirror the elements of 1984’s dictatorship. Radical terrorist superpower ISIS has been the main focus of international struggles, and several aspects of ISIS can be compared to Orwell’s novel. Similar to the regime of Big Brother, ISIS has gained a foothold by offering refuge to the war-torn Middle East. Weakened from years of corrupt leaders, a failing economy, and the alarming rise of poverty, Middle Eastern countries such as Syria and Iraq were caught up in a desperate frenzy to stabilize themselves. ISIS has been extremely successful at rebuilding economy, gaining huge oil reserves that pump out more than three million dollars’ worth of resources every day. ISIS has only known constant warfare, much like the three nations of 1984. Oceania, Eurasia, and Eastasia are the three fictional nations, locked in a perpetual war with one another, as warfare is the only way for the countries to sustain themselves. Furthermore, ISIS terrorists were inspired by Al Qaeda, another middle eastern terrorist group led by Osama Bin Laden. After Qaeda mostly dissolved, ISIS snatched the opportunity to rise to the top again. This cycle is unending; we will never be able to eradicate terrorism, for there will always be another group that will be one step ahead of us—just like how Big Brother crushes rebellion. Although there are a select few who feel hopeful about overthrowing the government, their dreams (along with their lives) are evaporated with Big Brother’s violent brainwashing techniques, because Big Brother is always one step ahead of them. ISIS considers all who do not follow Sunni Islam, a fundamental Islamic religion, their enemies. In order to convert people standing in their way, ISIS uses methods similar to those described in 1984, essentially using death threats and propaganda. A government that is similar to the one depicted in Orwell’s novel actually exists today, specifically in the form of terrorist group ISIS, comparable from its foundation in society to its treatment of followers and challengers.

Looking at technology monitoring, media brainwashing, and the rise of terrorist group ISIS, it is alarmingly clear that our twenty-first century society is quickly becoming similar to Big Brother’s totalitarian civilization in 1984. There is no surprise that this book has become a bestseller, not only for its distinct writing style, but its deep and relatable message as well. As the debate between privacy and national society continues, we will never forget the Orwell’s influential words. The fact that a novel written sixty years ago can predict the struggles of a modern democracy speaks volumes about the state of humanity.